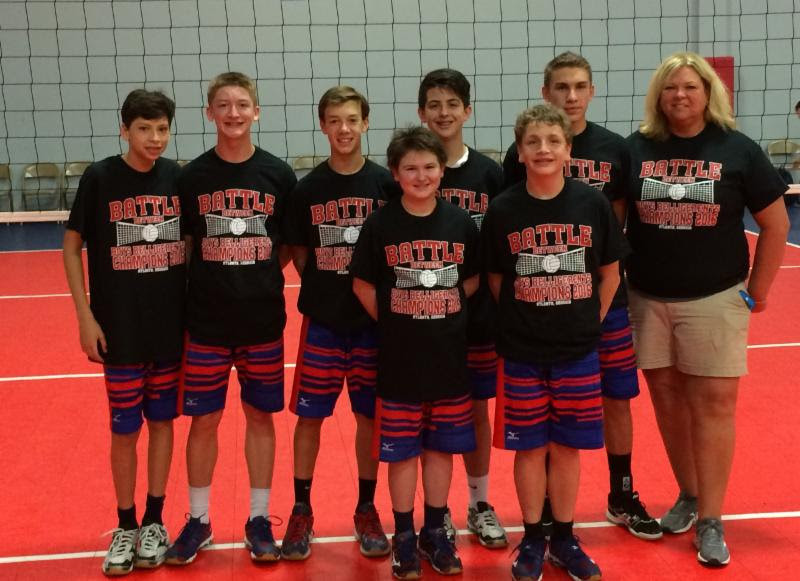 March 31, 2016 - While we hope the adjective "belligerent"("angry and aggressive") doesn't apply to our volleyball-playing boys, the noun ("entity who is engaged in a war") isn't far off.  (See? Another vocab word from your favorite Newsletter!)

With most of the Family downtown at Big South, all five of our Boys' teams were engaged in the Battle Between Boys Belligerents at SVC.  This is the first time in our history we have fielded five boys' teams at one event.  Six college coaches were in attendance to watch 10 U18 teams.

The seeds have been sown to make this a must-attend Boys Tournament in future years.  Equally encouraging, a record 11 U18 boys teams will be attending this year's Kudzu Klassik. Hats off to Boys Director Kip Buss and indeed all of the fine coaches of our Boys' teams for getting boys volleyball in the South off the ground.

We offer a club environment where coaching is consistent from the first time a player enters a gym at the age of 6 through when he or she graduates from high school.