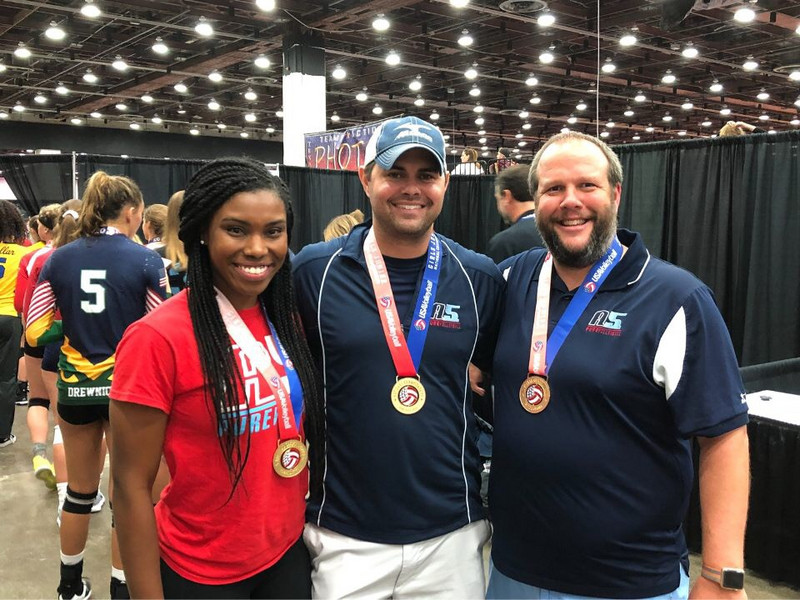 A5 is proud to announce Scott Shelley, recent 2018 AAU and USAV National Champion, as the 181 Head Coach for the 2018-2019 Season. Scott is a 7 year veteran at A5 and recently completed his tenure at Emory University as an assistant coach under Jenny McDowell. Amongst Scott’s many accolades and accomplishments, he has won 11 qualifier medals and has coached at two of the top clubs in the country, KC Power and AVC.
Shelly retains his National Championship staff with Gary Jensen as assistant coach. Gary has 8 years coaching experience with A5 having coached with almost every age group in the club. Gary’s teams have earned numerous medals in multiple different divisions over the years. Gary is happily married to Emily Jensen with 3 beautiful kids.
Bri Jones also remains as assistant coach in her second season with A5. She is currently the assistant coach at Emory University. Bri Jones played at Georgia State from 2014-16 and Pfeiffer University from 2012-2014 and is currently working on her Master of Public Administration and Health Services.