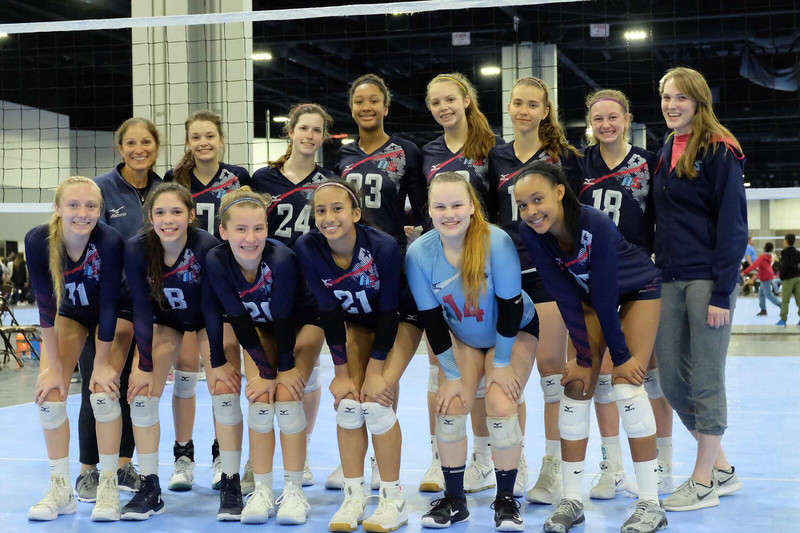 Karen Arndt is one of those rare coaches that has won both a National Championship at the Club level and a State Championship at the High School level. As head coach, Karen led Marist High School to a state championship in 2017. This followed up her USAV National Championship in 14’s in 2016.
Since 2011, Karen’s teams have won 5 USAV Regional Championship with a variety of teams and athletes. She has also earned numerous medal in qualifiers over the past 7 years.
Her ability to lead and get the most out of her athletes in a positive and accountable manner is at a very high level.
She will be assisted by Madeline Pryzbyl. Madeline will be in her third year with A5 having also worked with our 15 JJ team. That team won two qualifier medals at qualifiers and the Regional Championship. This past year, as Karen’s assistant on the 142 team, she helped her athletes qualify for Nationals in the USA division earning a USA bid at the MEQ. That bid was then upgraded to the National division at Regionals.