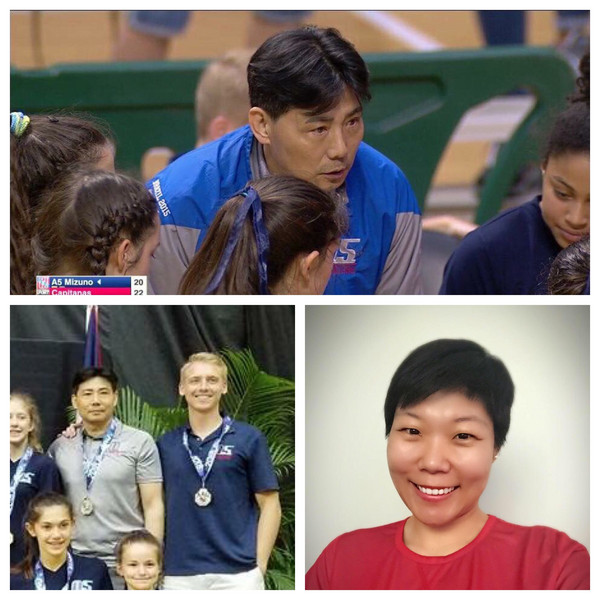 August 8, 2018 - Jing will be going into his 7th year with A5 and will be taking on two teams for his fourth year in a row.  Jing is one of our most prestigious coaches and has earned AVCA 17’s Coach of the Year in 2016. His teams have earned medals at AAU’s and National’s every year since he has been at A5 including Silver at the 2018 AAU National Championships in both 12 Open and 17 Open.  Jing’s coaching experience stretches to college where he was a part of 3 NCAA appearances, won the ACC Conference in 2007, and won the NJCAA National Championship in 2000.  Jing also coached the Chinese Women’s National team that earned a Silver medal in the 1996 Olympics.  Jing was a decorated player being one of the best setters in the world while playing with the Chinese Men’s National Volleyball team for eight years.  We believe that Jing will continue to strive for success and train our athletes to their strengths to help them become some of the best in the sport.

Karen Tang will assist Jing with the 17-1 team.  Karen has been with some of our top teams, including our 18-2 team in the 2018 season that was ranked in the top 50 in the Nation by Prep Volleyball and qualified in the Open division.  Karen brings in experience from her years of college coaching (2010-2014) and playing in the SEC at the University of Arkansas.

Conor Lounsbury will be assisting Jing with the 12-1 team.  Conor is not only a young talented coach who joined A5 in 2016, he is the mastermind behind many of our videos on Facebook and Instagram.  Conor was a part of the 15-3 team last year that earned 5th place in AAU Nationals in 15-Premier and a part of the first “4s” team to earn a national bid in 2016.