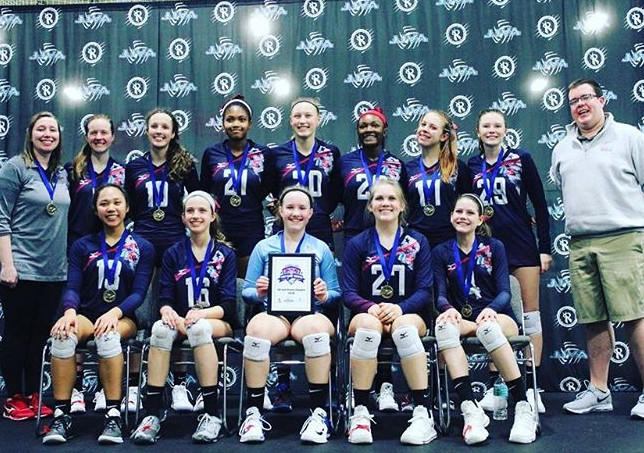 August 20, 2018 - Allison is a great asset to A5, coming in with a string of accomplishments and experience. In her first season with A5, Allison’s 14-3 team accumulated a remarkable 2 Gold Medals and 4 Silvers, and a top 20 finish at AAU’s. Allison is currently the Head Varsity Coach at Duluth High School and has helped lead them to multiple State Playoffs, along with the Gwinnett County Championships in 2016.  Allison was also awarded the AVCA Top 30 Under 30 recognition in 2016 and named the Gwinnett County 7A Coach of the Year. In 2017, Allison led her club team to the first ever USAV qualifier medal and was ranked a top 20 team in the region.

Allison will be assisted by her husband, John Mark. John Mark will be in his second year with A5 having assisted Allison’s 143 team this past season. That team had numerous victories over other clubs “1s” teams, including while Medaling in 7 of their 10 tournaments. Before joining A5, John Mark assisted Allison with the first team to qualify for nationals from another club in the region. Outside of A5, John Mark serves as the President of the Duluth High School Booster Club.