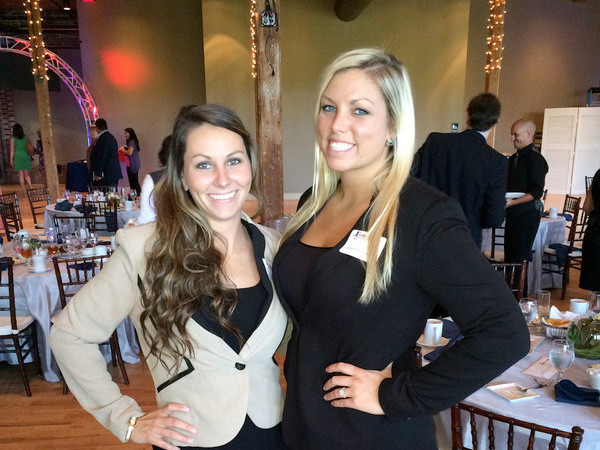 August 24, 2018 - LA came to A5 after coaching 5 years of collegiate volleyball. In 2018, LA's team Medaled in 50% of their tournaments and finished 5th at AAU Nationals in 15 Premier. In 2017, her 15-3 team earned a 2nd place finish in Beast of the Southeast in 15 Open. In 2016, her first year at A5, she led the first "4" team (14-4) to ever earn a Bid to USAV Nationals (National Division). Before coaching with A5, LA was an Assistant Coach at Columbus State University and helped start the program where they went 20-11 in their first year.  Prior to that, LA was a Graduate Assistant at Augusta State University. LA has coached and trained a multitude of volleyball players in North Carolina and Georgia for the past 9 years. LA was a strong DII athlete herself leading the South Atlantic Conference in service aces and being ranked nationally in hitting percentage and blocks per set.

Sydney Yeomans will be a strong Assistant Coach for the 15-2 team. Sydney comes in after having two successful seasons as a Head Coach at A5, with her teams Medaling in 75% of the Southern Region tournaments they participated.  Sydney is also in charge of A5's Strength and Conditioning program. Sydney and LA have a background of coaching with each other at Columbus State University and playing against each other in college. At Columbus State, Sydney ran all strength and conditioning workouts and planned the defensive practices. Sydney was an accomplished libero earning Defensive Player of the Year in 2012 and breaking the record for most digs in a match. Being an alumni of A5 herself, Sydney will bring knowledge and leadership to this year's 15-2 team.