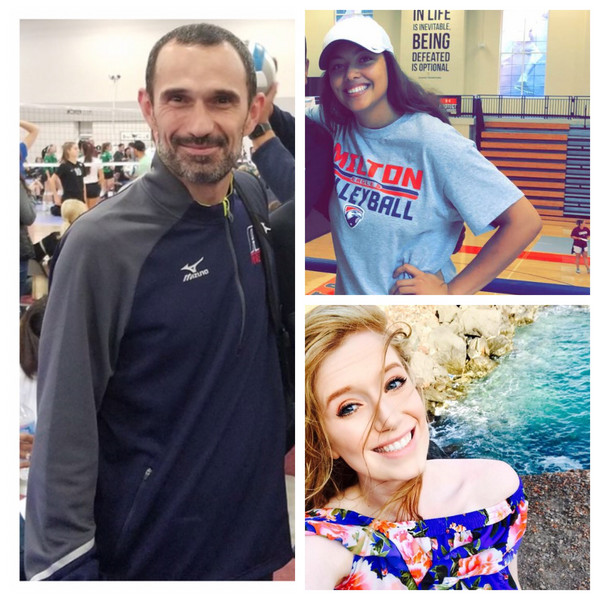 October 31, 2018 - Boba Nisavic has an extensive background of coaching and playing. Last year Boba coached the 15-1’s and were ranked 3rd in the country, with 7 Gold Medal finishes. Boba has also earned two Bronze Medals in 15 Open and 15 Premier at AAU’s since he has coached with A5. He is an experienced and result oriented volleyball coach with more than ten years coaching experience in Serbia after a successful playing career both in indoor and beach volleyball. Serbia is one of the leading volleyball countries in Europe winning Gold, Silver and Bronze Medals in the World League, Gran Prix and European Championships as well as Olympic Medals during past two decades. Boba coached several players that were on the Serbian National Team, and in some of the top clubs in the Serbian League.

Assisting Boba this year is Alex Mills and Meg Bright!

Alex Mills was the Assistant to our 16-3 team last year.  She helped them achieve the first 3 level team to win a SRVA Regional Championship in region history. Alex played for A5 and Roswell High School, and we are excited to have such a strong alumni back home coaching with A5. Alex earned All-State and All-Area honors, as well as being named an AVCA Under Armour High School All-American honoree. Alex’s passion for the game will help lead this team to a successful season.

Meg Bright is another strong assistant coach for this team, being with the A5 Family for 3 years. Meg has been an Assistant for A5’s 13-2, 14-3 and A5 South 18-1 team. Meg was the assistant for Harrison High school this past season and was the 2017 Agnes Scott Assistant Coach. Meg played at Air Force and Georgia Southern University and was named a DI NCCAA All-American, First-Team SSAC All Conference selection and the SSAC Newcomer Player of the Year.  Meg’s bright personality and competitive nature will make this team even stronger.