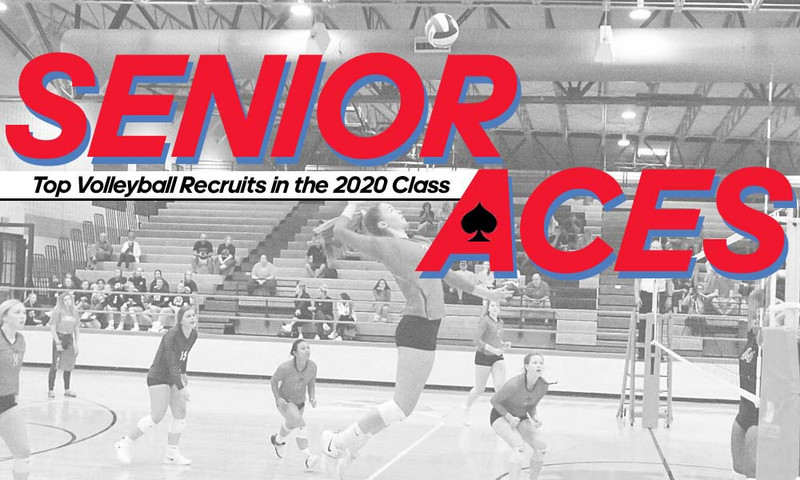 PrepVolleyball's Senior Aces and honorable mentions include several A5 players.

September 6, 2019 -
81. Sasha Ratliff, 6-3 MB, Pace Academy (Atlanta, Georgia), A5 – San Diego - Here is what Prepvolleyball Said "One of the great middles to come out of A5, Ratliff can do it all. As a great athlete from a lineage of great athletes — dad, Theo, played in the NBA; sister, Alexis, plays middle for San Diego State; eldest sister, Yasmeen, was a hooper at Arkansas – her quickness makes her a force both as a blocker and attacker. Because of that quickness, getting from pin to pin on the block and using her long wingspan and 10-2 touch makes her a nightmare for opposing hitters. Further, her transition attack is lightning speed; if the ball is in the setters hand she’ll be up. And if the ball is set her way, it will be on the floor before the defense has any time to react. In system, Ratliff has the ability to mix up her shots with tips and off speed to make it difficult for any defense to predict what she will do offensively. She also possesses strong all-around skill, with a hard flat serve and a desire to defend with the best of them. Along with her physical abilities, she brings a great vibe and positive team chemistry to any team she’s on. “Many of the younger players in the club look up to her,” said Gabe Aramian. “Most just want to be friends with her, for good reason.” Ratliff was declared ineligible and had to sit out her junior season of high school after transferring to Pace. Coach Anna Bush said that’s when she saw the best of her. “She didn’t sulk,” Bush added. “Instead, she focused all her energy on helping the team at practice. This had to be incredibly difficult to suffer such disappointment and still show up in the gym every day and work as hard as she did. The entire team was so grateful as it helped build their confidence against our opponents.” Ratliff is headed to the West Coast for 2020. She has committed to powerhouse University of San Diego.

47. Phoebe Awoleye, 6-2 RS/MB, Walton (Marietta, Georgia), A5 – Georgia - prepvolleyball wrote: Awoleye’s story should serve as an inspiration to all young players looking to play at a high level. Awoleye moved to the United States from England and Nigeria in middle school and was a volleyball neophyte when she started with a limited skill set. She made the 15-4 team at A5 and, through sheer hard work and determination over the next year, improved her game so much that not only did she make A5’s top team the following year, she was one of the nation’s best blockers before that summer was over. A stunning athlete, Awoleye continues to be one of the best blockers in the country in any position she plays – MB or RS – as she has a great feel for the opponent’s attack and a massive vertical that takes her almost 10-8 off the floor. Her attacking improves daily. Setters know to set her really, really high and she easily goes over the block. This past season A5 ran a fast attack with her on the right side and she adapted wonderfully. As a person, there isn’t a nicer, more humble person in the game nor one who works harder. Awoleye holds herself accountable in every rep and has the ability to push herself unconditionally. She will take her huge smile and slight British accent to the University of Georgia, where she has committed. Still scratching at the surface of her potential, her best years yet will come in Athens.

The Next "150" - Emily Hodsdon, Mackenzie Norris. And players that just missed the next 150: Ada Jane Agolli and Savannah Bray.