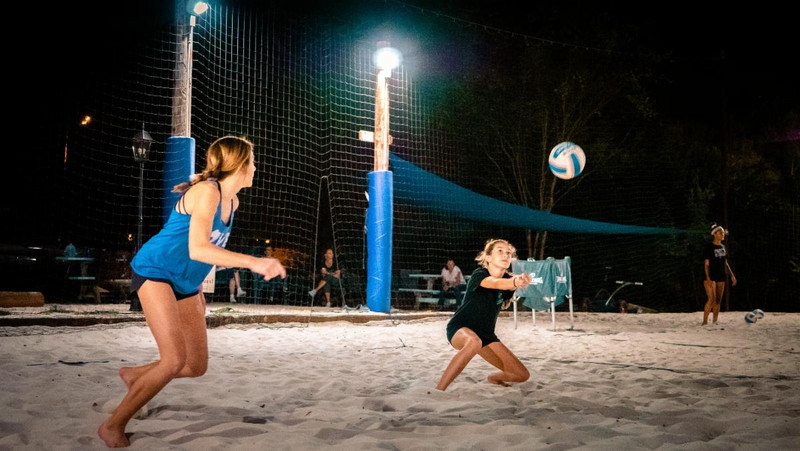 October 1, 2019 - We are very excited about Beach this season! Our goal is to build a nationally competitive and recognized program. We will do this by developing players who are well rounded technically, solid in game fundamentals and also enjoy playing. Tryouts are coming soon on October 6th, 27th and November 4th, and we are looking for players to field national and regional teams. Our new leadership team is poised to deliver a world class Beach Volleyball experience and we look forward to the start of the season.


Marc Jones
Director & National Team Coach
Marc has been involved with indoor and beach volleyball as either a player or coach and has played at every level indoor from high school, college, USA National Team and professionally overseas in Germany and Turkey. He has also played on various professional beach tours including the AVP and FIVB both domestically and internationally. His teams have qualified ever year for USAV Nationals in both the National division and in Open. He had one of his 18-2 team qualify in Open with a 3rd place finish at Big South. His teams have won multiple qualifiers also numerous top 3 finishes in the following the groups 18U, 17U and 15U. Has placed several teams in the top 50 for 18’s, 17’s and 15’s in the final season rankings. On the beach end he has had players in 14U, 16U and 18U win multiple qualifiers and also various top 3 finishes. He has coached the 14U USAV National Beach Champions the last two years with back to back National Championships in 2018 and 2019. He brings a wealth of knowledge coaching both junior indoor and beach for both boys and girls in California and Georgia.

Erik Eklund
Director & Regional Team Coach
Over nearly three decades now, Erik has been increasingly involved in the sport of volleyball. He started out as a rookie beach player, working his way up to the Open level, while mixing in multiple years as a club team setter and captain. Along the way, he followed an equal, and now greater, calling to develop other athletes in the sport. He has been giving back to the sport since the early 90's in various roles as a coach, captain, clinician, and organizer. He is a CAP 1 certified coach for Indoor and Beach as well as SafeSport verified and Red Cross certified.