How to decipher USAV team codes 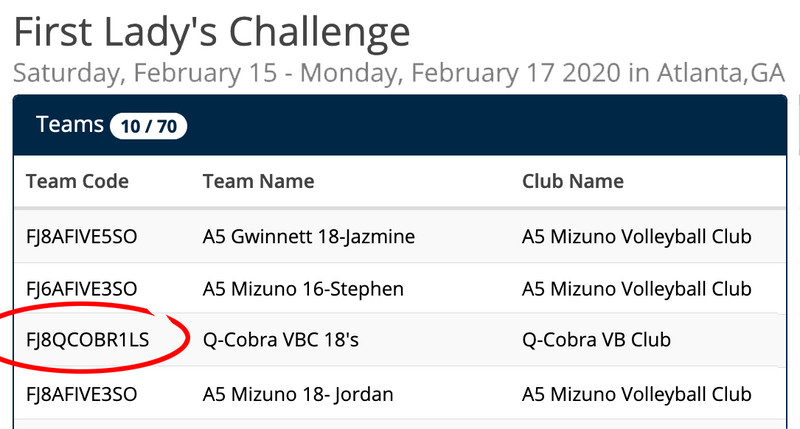 There is actually information buried in those USAV team codes!

February 11, 2020 - Have you ever prepared to play against a club's "Red" team or their "Molten" team and wondered which level team that is?  Or even, where are they from?  The answer is: check their USAV team code, which can be found on the AES website or other tournament websites alongside the team's name.

The image (click to enlarge) shows an example from the 18's division at the First Lady's Challenge tournament.  The circled team, Q-Cobra VBC 18's, has as their USAV team code:

Let's break this down.

Our own A5 12-Donna team's code is FJ2AFIVE3SO.  Again, the '2' shows that the team are 12-year-olds, the second numeric digit '3' shows that this is the 3rd level team at that age group.  We play in the SOuthern region.

If you really want to get geeky, below is a map of all the two-letter USAV region codes.  Some are obvious (OK = Oklahoma) but some really are not:  GW = Gateway region near St. Louis; LK = Lakeshore region in the midwest;  PM = Palmetto region / South Carolina; PS = Puget Sound area around Seattle; and IE in upstate New York is the "Iroquois Empire" Region.

Now you can be an the smartest parents in the room when it comes to deciphering opponents based on their team codes! 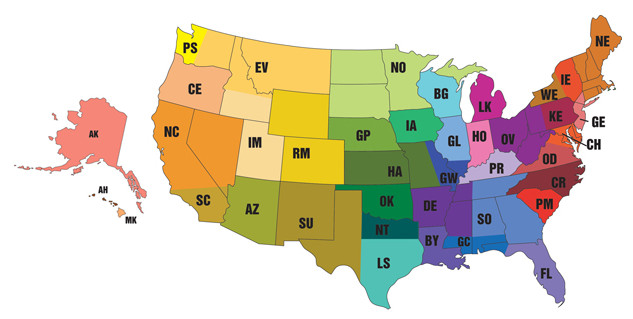