Beast of the Southeast swept by A5 teams 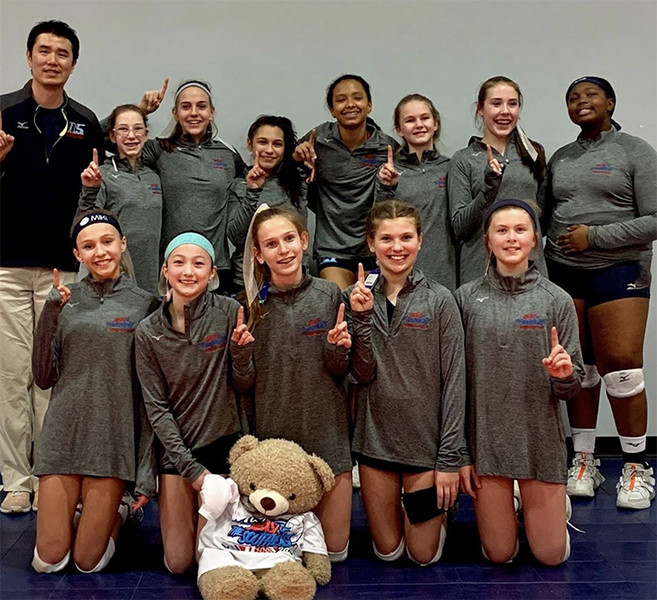 February 27, 2020 - This past weekend meant just one thing for our indoor players:  Beast of the Southeast, an A5-hosted invitational tournament here in Atlanta.  "Invitational" means not just any club can sign up - the competition level is kept very high by only including selected strong clubs and teams with proven previous results.

The Beast is a national qualifier for the 18's division, but also is a great tournament for college recruiting due to the high level of competition as well as the Georgia International Convention Center's close proximity to the Atlanta airport for college coaches flying in.  A record 190 college coaches and recruiters were in attendance this past weekend.

A cherished Beast of the Southeast tradition is that each championship team is awarded a "Beast" teddy bear, which the coach typically awards to one of their athletes as a Most Valuable Player award.  However, in the 12 Open division, after winning the championship, A5 12-Jing's athletes asked their coaches NOT to award the Beast to any player.  Instead, they told assistant coach Liang, pictured here with the team, to take the Beast home to his daughter, who turned 2 years old on Monday.  What a beautiful and unselfish gesture by these talented athletes, who demonstrate again that A5 really does teach life lessons through the sport of volleyball!