And the Season is Underway! 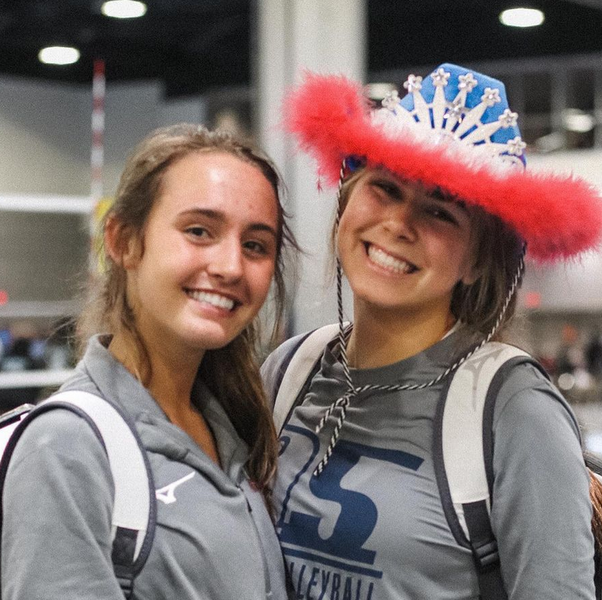 It's amazing to be playing again - the smiles say it all!

January 21, 2021 - It was an outstanding start to the season for the A5 family. Competing in one of the biggest tournaments in the country during the COVID-era this past weekend gave us hope for the future and season at large.  It's hard to describe the feeling of taking the court again this season -  hopefully, the smiles say it all.

Many of our teams played in the Lil' Big South tournament at the Georgia World Congress Center in downtown Atlanta.  Among our older teams, we ran the table - 17-Jing didn't drop a set on the way to their championship win in 18-Open; A5 16-Gabe won the 17-Open division (A5 16-Marc took second place), A5 16-Stephen won the 17-Power division, and A5 15-Bob won the 16-Open division, edging out A5 15-LA in the finals.

Our younger teams followed a similar pattern, while generally playing "up" an age division.  14-Helen won the 15-Open championship, beating A5 15-Victor, who finished 2nd, and A5 13-Karen won the 13/14-Open combined championship, beating A5 14-Brianna.  A5 13-Betty won the 13-Power division with a 7-1 record.  A5 11-Walter went 7-1 on the weekend, losing the 12-Club championship match in the 3rd set to finish second, and A5 10-Jon had a very similar result, winning everything but the championship which they lost in 3 sets, to finish 2nd in 11/12-Local to the A5 South 11-Jason team.

On the boys side, our A5 18-Carlos team played in a small division, but took first place without dropping a set, while our boys 16-Drew team and Boys 14-Carlos team each finished 2nd in their divisions.

The next big tournaments for our club teams are K2 Elite and K2 Club Clash in Tennessee as well as Rally Challenge in Emerson, GA.  It's so fun to be playing again!