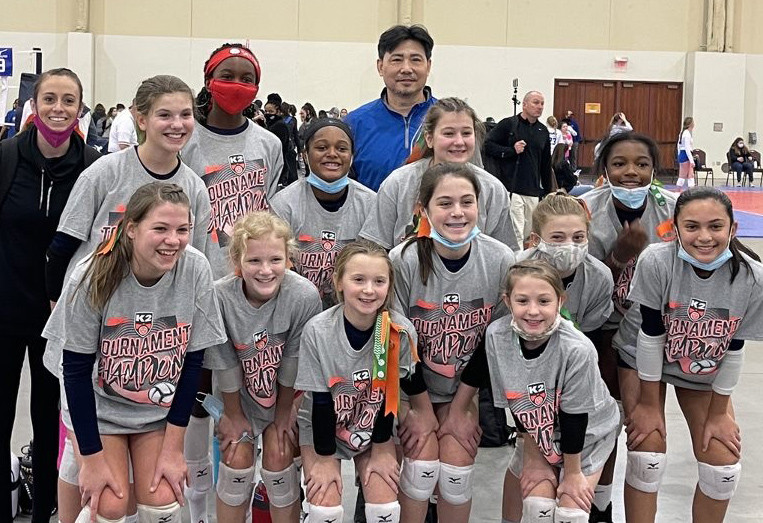 January 25, 2021 - The big news this weekend came from our 18's teams, playing in an 18's qualifier in Orlando.  The 18's qualifier season starts very early, as their season ends early to allow these seniors to get ready for college.  18-Jordan finished 24th in 18-USA, while 18-Scott earned a bid finishing 2nd in 18-Open, and 18-Boba won the 18-USA championship, also securing a bid to USAV Nationals.  Two bids already secured in January is a very promising start to our season!

In the Knoxville area, a few of our teams played in the K2 Elite tournament at the Sevierville Convention Center.  17-Kelly and 16-Marc finished 9th and 13th respectively, in the challenging 18-Open division.  15-LA took 3rd place in 16-Open, 11-Walter finished 2nd in 12-Open, and 12-Jing dropped only a single set on their way to winning the 13-Open championship.

Our boys were also in action this weekend at Florida Fest in Orlando. 18-Carlos, 18-Josh, 16-Drew, and 14-Carlos all saw tough competition, but playing out of region was a great opportunity to see other strong boys' programs from Texas, Virginia, Colorado, Arizona, Pennsylvania, and of course, Florida.

Locally, some of our younger teams kicked off their tournament season with the Rally Challenge in Emerson, GA.  Our 11-Miranda, 11-Basimah, 12-David, 12-Lori, and 12-Kelly teams all participated in the 12's division, with 12-Kelly finishing in 5th place.

Next weekend will find A5 hosting our first tournament at the new A5 Sportsplex, as we play the Kickoff Classic tournament.  Stay tuned!