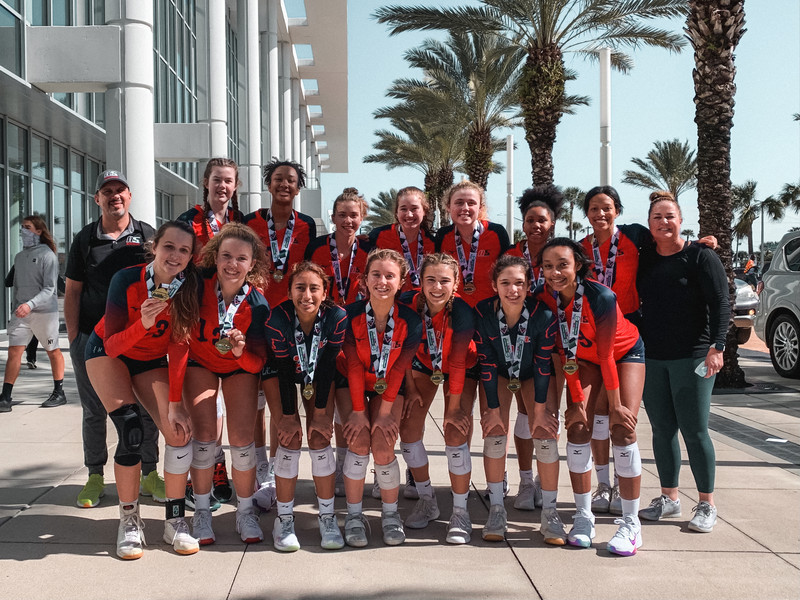 February 1, 2021 - This past weekend saw the inaugural tournament at our new A5 Sportsplex, as many of our teams participated in the A5 Kickoff Classic.  Our new facility proved worthy, as we had eight courts in use simultaneously, with the other courts allowing ample room for spectators.  Our tournament staff did a phenomenal job putting together and running our first hosted tournament of the year.  Looking around the gym during bracket play on Sunday, one couldn't help but realize that this is what our facility is meant to be - not just an amazing practice gym, but also the premier tournament venue in the Southeast.

Elsewhere around the country, A5 teams found more success this weekend.  A5 15-Victor and 13-Karen won championships in their respective 15-Power and 14-Power divisions at the K2 Wilderness tournament outside Knoxville, with 14-Kip, 16-Stephen and our boys 18-Carlos team each making it to the finals to take 2nd place.  In Florida, our 17-Missey team won the 17-USA division at the Daytona Beach 100 tournament, without dropping a set.  And at the Central Zone Invitational tournament in Indianapolis, A5 15-Bob went 7-0 to bring home the championship, beating the Boilers 15-Gold team from Indiana in the finals.  16-Gabe took 2nd place, losing only a single match in the finals to Legacy 16-1 from Michigan.

Next weekend, most of our teams will rest, although our boys' teams will be playing in St. Louis, 18-Jordan will play in the AVC 18's qualifier in Dallas, and 15-Javier and 12-Jing will travel to the Jax Jam in Jacksonville, Florida.  Remember that you can see all our teams' tournaments and schedules on our club-wide tournament grid.