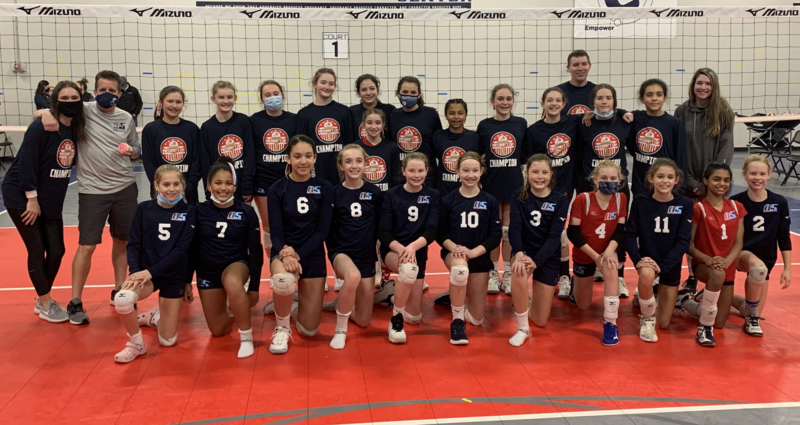 February 16, 2021 - This weekend saw many of our teams playing in the A5-sponsored President's Cup tournament.  Although most teams were from the Southeast, a few teams made the tournament from as far away as California, due to the cancellation of the Triple Crown tournament in Kansas City.

In the 18-Open division, A5 18-Scott won the championship, while A5 17-Jing managed 3rd place, despite having to play 18-Scott in pool play and in bracket play.  The 16-Open division was won by A5 16-Gabe, while A5 South 16-Haylea took first in 15/16 Club.  Our A5 15-Bob team avenged a pool play loss to a talented Orlando Tampa 15-Randy team by beating that same team in 3 sets in the championship match to win the gold.

A few teams played this past weekend at the Mount Spikemore tournament at Lake Point. A5 13-Casey went 3-0 on Saturday before falling in the semifinals on Sunday.  They rallied to win their consolation match, locking up 3rd place.  Our A5 12-Michelle team also made it to the gold bracket on Sunday, finishing 5th overall.

Next weekend will find our top teams playing in the A5 Elite invitational tournament, while our 18's teams will play in another early national qualifier.  Stay tuned!